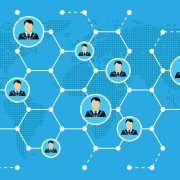 Networking is a very traditional, but still a very effective and important marketing activity. It’s also one that fills a lot of people with dread… They think of standing around in crowded rooms with no one to talk to, or being pinned in the corner making small talk with someone who they frankly have little interest in meeting. And so while most people recognise the importance of networking, very few people do enough of it. In fact, I find it’s the one activity that causes the most discomfort when it ends up on the marketing plan for a financial adviser!

So what can you do to make it easier and more effective? After all, if it actually works and helps you generate new clients, you are much more likely to continue to do it.

Recognise that it isn’t easy

Networking isn’t easy and doesn’t come naturally to lots of people… but it isn’t easy for anyone. So while you might think that it’s so easy for certain people, that tends to be because they’ve worked really hard at becoming good at networking.  However, while some people might appear to find it easier than others, everyone at least has a common purpose  – they are there to build connections. So approach it from the point of view that at least everyone has the same goal and are open to talking to you.

You must have a strategy

At the end of the day, you’ve got to be standing in the traffic if you want to get knocked down! But it’s not enough to wander blindly into a networking event without a clue of how you’re about to approach it. This starts before the event where you try and get a handle on who is likely to be there. Are there lists of attendees available in advance? Can you check out who members of the business group / conference attendees are? Once you’ve an idea of who will be there, you can start thinking about who your preferred “targets” are. And then you can start doing some quick research on them through their website and LinkedIn profile. And this research will hopefully come in very handy later…

Be a first mover

And this is where your research comes in really useful! If you can show a level of interest in the people you meet – some knowledge of their business, some connections you have in common, it might even be that you know about some quirky interest of theirs, this will ease them into the conversation as you are opening the door for them to talk about themselves. And then be interested because your interest in them will come back in spades. Remember you’ve two ears and one mouth for a reason! People will naturally want to reciprocate and turn the conversation towards you, which of course is then your opening…

Hone your own pitch

When you get over the initial chit-chat and move on to talking about your reason for being at the event and what you have to offer, this simply must be interesting and must grab their attention. At the end of the day, they will be talking to many people that day so you must be in some way memorable. If you are pitching your wares, paint pictures of solutions, not saying why you’re such a great financial planner. Let people see how you can solve problems for them and enrich their lives in some way.

Then when all the hard work is done, make sure you take the final step. Contact people after the event saying how it was great to meet them and thanking them for their time. Connect with them on LinkedIn and if you send out a company newsletter, suggest that they be added to the circulation list. Send them information if this makes sense. If there’s a favour you can do for them, maybe there’s someone else you can introduce them to – well then this is even better.

So yes, networking is not easy. But hopefully these few thoughts might make the task a little less daunting for you! 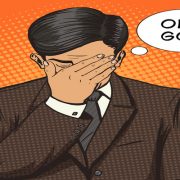 I was with an adviser some time ago who ticked me off on a couple of occasions when I mentioned the word selling. He contended that he is an adviser and not a salesman. I say that you need to be both…

There’s nothing wrong with selling!

For some people, selling is a dirty word. Particularly so when you are dealing with financial services. That’s understandable I believe when it comes to mis-selling, however this is an experience being suffered thankfully by fewer and fewer clients today. Financial advisers have really raised their game, industry standards have increased, and compliance oversight has increased too – all of these factors resulting in fewer incidents of mis-selling. Yes, there have been a few high profile cases unfortunately in recent years that again undermine trust, but these are not representative of the market in the main.

In fact these cases increase the need for selling! Not of financial products though, instead there’s a need to get out and sell the value of doing business with you!

The Wikipedia definition of selling is; “Selling is offering to exchange an item of value for a different item”. A key part of your job is to convince your clients to exchange your item (advice, guidance, expertise) for their item (commission, fee). So selling is not passé. The financial advisory business model still needs selling.

The old days of “the insurance man” out selling products are thankfully long gone. This was where the seller was very transactional focused, having access to a very narrow range of (poor) products and their role was to convince people to buy these products, whether they really needed / wanted them or not.

The difference today of course is that the process starts and ends with the client. The transaction (if needed at all) is only a means to an end, a mechanism which helps clients to meet their own specific financial objectives. The value that the client gains is the advice, leading to better financial and life outcomes for them, rather than the product itself. Of course nothing stays the same as well, so advisers also need to sell the benefits of ongoing monitoring to ensure their plans stay on track to achieve their objectives.

Independent financial advisers provide a really valuable service to their clients. However prospective clients who haven’t experienced your service and seen the value being gained, may still be living in a world of mistrust of all financial advisers. So you’ve got to convince them otherwise and sell them the value that they will derive from having an expert on their side of the table, guiding them through the complexities of the world of personal financial planning.

To do this, you need to have developed a very robust proposition for your clients and then be able to communicate this in a very engaging way. If you can’t do this, they won’t see the value that they are getting and of course there is no way that they are going to part with their hard earned cash to buy your services.

Don’t be ashamed of selling, it’s a very noble pursuit when carried out with the right intentions! You can be very proud of the product (advice) that you provide and of the value that clients get from exchanging value with you. So get out and shout it from the rooftops!

This website uses cookies to improve your experience while you navigate through the website. Out of these, the cookies that are categorized as necessary are stored on your browser as they are essential for the working of basic functionalities of the website. We also use third-party cookies that help us analyze and understand how you use this website. These cookies will be stored in your browser only with your consent. You also have the option to opt-out of these cookies. But opting out of some of these cookies may affect your browsing experience.
Necessary Always Enabled

Any cookies that may not be particularly necessary for the website to function and is used specifically to collect user personal data via analytics, ads, other embedded contents are termed as non-necessary cookies. It is mandatory to procure user consent prior to running these cookies on your website.